The soybean is a type of legume that is native to East Asia, and is now grown around the globe. Contrary to popular misconceptions, natural soy foods made from the whole bean pack loads of nutrients that can benefit the human body. For example…

Soy is a great source of protein with an array of other important nutrients like manganese, calcium, selenium, phosphorus, copper, magnesium, iron, zinc and folate.

WHY DOES SOY GET SUCH A BAD RAP?

Most of the negative research and public scare tactics about soy have been pushed by the animal food industry. WHY? Because soy consumption affects their bottom line as a healthier and more affordable plant-based alternative to meat.

There is, however, one ugly side to soy…

Many soy crops are genetically modified and sprayed with toxic chemicals like synthetic pesticides and herbicides to yield larger amounts. The majority of GMO soy is fed to cattle being raised for meat and cow’s milk (dairy) that’s sold for human consumption.  An easy workaround is to only consume organically-grown soy, which means it has not been genetically modified or sprayed with toxic chemicals.

SOY DOES NOT CAUSE ESTROGEN DOMINANCE, BREAST CANCER OR “MAN BOOBS”

Yes, excess estrogen generated by mammals can contribute to health issues like hormonally-driven cancers (breast and prostate). The estrogen found in soy is a plant (phyto) estrogen, not human or mammalian in nature. Soy phytoestrogens contain isoflavones, which have been shown to lower cholesterol and PREVENT cancer by helping to regulate cell growth.

Specifically, research shows soy actually reduces breast cancer risk…including risk of recurrence in those previously diagnosed with breast cancer. In fact, some of the lowest incidences of breast cancer in the world are found in Asian countries where the most soy is consumed.

There is also evidence showing soy consumption reduces the risk of prostate cancer and coronary heart disease. Plus, it can improve reproductive health and improve menopause symptoms.

SOY IS NOT INHERENTLY BAD FOR THYROID FUNCTION

If you have a normally-functioning thyroid, there is no compelling research to suggest that soy negatively affects thyroid function. Research shows the only subset of people who should avoid soy are those who have been clinically diagnosed with hypothyroidism, or those with an iodine deficiency. In these cases, the individual should resolve these issues before consuming soy.

SOY AND THE ENVIRONMENT

While it’s true that the scale of soy production has contributed to mass deforestation (particularly in Brazil, Argentina and the USA), it’s estimated that more than 80% of soy is produced to provide feed for livestock, NOT for human consumption.

Ironically, the massive animal farming industry tries using the topic of deforestation to scare/shame people away from consuming soy foods…when they are the largest consumers.

WHICH SOY FOODS ARE BEST? 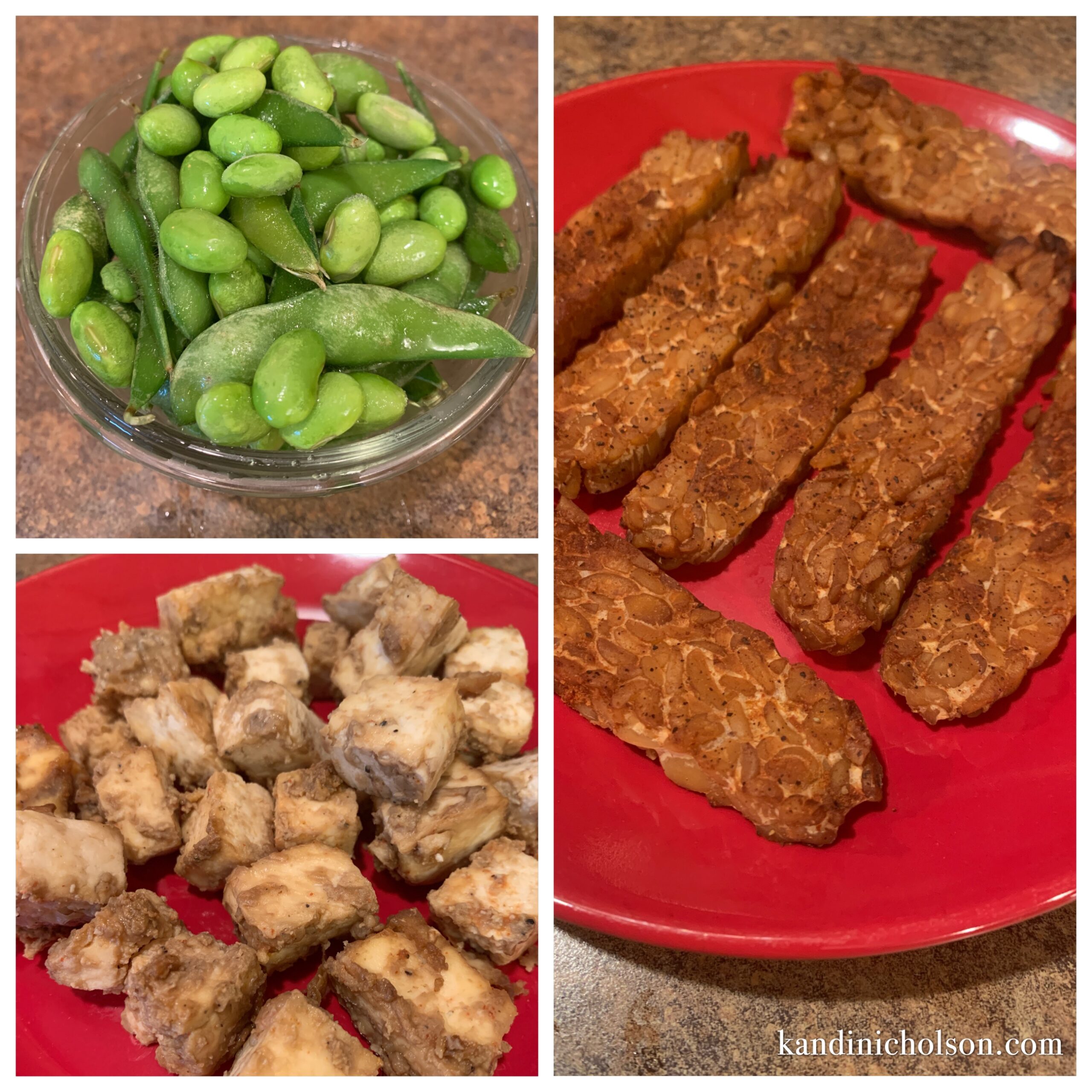 As with all foods, it’s important to avoid heavily processed forms of soy (including soybean oil, soy sauce and soy isolates). They don’t provide the nutritional benefits as whole soy, and are typically combined with other harmful processed ingredients.

Below is a list of soy foods to focus on as part of a nourishing diet. Just make sure to only buy organic soy, so it’s non-GMO and not sprayed with toxic synthetic chemicals.

The majority of soy consumption should focus on the most whole forms – tempeh and edamame. Enjoy the other forms in moderation:

WHO SHOULD NOT CONSUME SOY?

People who are allergic to soy should not consume it (as with any food).

People with clinically diagnosed hypothyroidism should not consume soy.

People with an iodine deficiency should not consume soy until the deficiency is resolved.

Cheers to making soy a healthful part of a nourishing diet!

With love and gratitude,

DISCLOSURE: Any links above may be affiliate links, which means I earn a small commission – at no additional cost to you – if you purchase a product through them. (Click here to view my full Disclaimer & Disclosure statement.) This helps me continue providing FREE information to help you become a Fit Life Ninja. Thanks for your support!

Search by Keyword or Phrase